Inner-city Missions was incorporated in 1979 by its founder, Evangelist Stephan Benson, under section 501c3 of the Internal Revenue Code as a religious organization or para-church ministry; with a Mission Statement to minister the Gospel of Jesus Christ to lost souls and to disciple those who believe, in the inner-cities of America and of the world. I.C.M.’s operations would be conducted primarily through the preaching and teaching ministry of Evangelist Stephan Benson: to special people groups, in different venues, and through diverse means. I.C.M. is one ministry with many missions, each of which is deployed to produce fruit among the African Diaspora living in the inner-cities of the world. 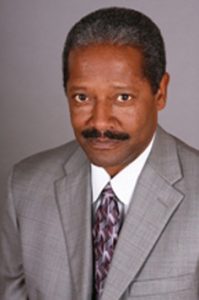 After a brief seven year career in law enforcement, Stephan Benson resigned from his position with the Los Angeles County District Attorney’s Bureau of Investigation, and in 1979 founded Inner-City Missions, Inc. Under its umbrella and upon his ordination to the Gospel ministry in 1980, Evangelist Stephan has faithfully ministered the Word as: Volunteer Chaplain for the California Department of Corrections, Counselor for Residents of three of the largest Residential Projects of South Central Los Angeles, Founder and Teacher of a discipleship ministry called, ‘School of the Prophets’, producer/host of a weekly 60 minute cablecast television program, ‘Gospel Video Magazine’, Bible Teacher on a weekly live 90 minute radio broadcast, ‘Dayspring High’, Missionary Evangelist to Belize, Liberia, and now to Oceania. He is the author of ‘Midnight Cry’ and 'Understanding The Times', (both books are messages to the terminal generation). Evangelist Stephan holds a Masters Degree from Dallas Theological Seminary from whence he graduated with Honors.